Looking Into The Eye Of The Storm…
Menu

Yeah… it’s been a little while since I’ve posted anything here. Hell, it’s probably been a few months since I actually even opened the site. Managed to keep everything updated and secure, but just never thought that maybe I should take some time and type something out.

A lot has changed since my last update. Nothing in the critical sense of life, but a lot, just the same. We’ve moved again. For almost 6 years, we lived across from the Bates Motel. Well, they decided that after 5 fantastic seasons, the show should end and the Motel should be levelled… so we decided it was time to relocate as well. We had our own place built, and that is where we are now. Still here in Aldergrove, but thankfully now in a clean stable house that we never have to worry about being sold out from under us.

Tami has taken on a massive task… she is now (well, for a while now) the President of the Alder Grove Heritage Society. Her genealogy obsession is finally turning into something outside of our home office… she’s doing talks at the school, and classes at the Library, and research for people about their own family trees. The downside? Volunteer doesn’t pay much… so the “family business” continues in the meantime. Have to pay for all the printing equipment somehow.

I know. “What printing equipment?”. We have new printing equipment. Not cheap office printers. No, we can print ANYTHING. Shirts, bags, towels, jackets, cups, glasses, blah blah blah. 3D Printing, laser engraving, wood engraving… Pens should be available in the next few weeks. We even have customers. WHO PAY. OMGWTF right? So expect that if you come to visit the VillageGamer office (now henceforth to be known as Canadian Creative), expect to get a demonstration of where all our money is goin… I mean, all the toy… uhh, our production office. Yeah. That’s the one.

I’m still driving a big green truck for Tami’s Dad. Job satisfaction has reached a low point, though not through any fault of the real boss(es). No, it’s the one (usually two) who like to pretend that they are bosses and owners, that are causing the problems. See, we went away to Alberta for a whole 4 days (on a weekend) to attend an important trade show, and to see my Cousins that I hardly ever see anymore (2 visits in 2 decades), only to come home to the truck I drive every day missing… one of those two poser-bosses took the truck, stole my belongings from it, and broke it to a point that I had to go pick it up from a repair shop after they allegedly did something damaging to the wiring harness under the hood. They have basically been a headache since the day we got home (actually, long before that, but I was able to ignore it then), and it’s pretty much reached its breaking point. I have other companies asking me weekly to come work with them (not FOR them, but WITH them). I’d already be gone, if not for the part where I would be leaving the actual owners with no “24/7” deck driver. But my health and personal happiness is more important than the two “not-bosses”, so perhaps my time with this company is reaching its end, and it is time to move on to one of those other offers. Or maybe its time that those with delusions of grandeur and reality-star-heads either forked over the cash to buy the company and become real owners, or just accept that they are just drivers and learn to keep their hands to themselves. Funny how the real “them” is nothing like what you see on TV.

Anyway, sorry for that little rant. I guess a little venting doesn’t hurt, so long as I don’t let it… you know, take over. Things are actually going too well to let stupid shit at work get me down for long… I have friends I can vent to, I have projects at home to preoccupy my mind, and I’m still in an amazing relationship with someone who shares my interest in spending loads of money on things that I don’t actually need, yet simply MUST have. Relationships can be really expensive. 😉

We decided to take a break this year from the Christmas Parade circuit, and just do our local parade, with what should be a toned down version of decorations. Am I disappointed that we aren’t doing the other 3 parades? A little, but it was actually my decision in the first place. There is just so much setup that has to be done, and then undecorating at the end of each parade, only to have to put it all back up again for the next. The previously-mentioned dissatisfaction with the job weighs in heavily as well… all those years, Tami and I were the only ones doing the decorating, buying the decorations, and getting the truck ready for the parade. Each year, “someone” would bitch and complain that it was a waste of time entering THAT truck in the parades. Honestly, I just don’t have the patience for it this year. So next year, we’ll just come back twice as strong, after certain others have either grown up, or backed down.

Anyhow, I suppose that I should pull the trigger on this post, or it will never actually go up. I can always just add a new one, should anything of significance actually happen that is worth sharing. Hope things are going well out there with everyone, and I promise that next time I won’t go off-topic quite so badly. Yep.

Long Past Time For An Update…

So it would seem that I may have been neglecting my site over the past while. As such, I have decided it was time for a change around here, much like the ones that have taken place in my real life.
Since my last post, I have moved on from the world of lumberyard shipping. It was all a bit of a farce really, as I was let go because someone else built a load wrong. But you know what? I’m quite fine with that. The stress that the job was creating (I wold be scheduled from 6AM to 2:30 PM, but would be at work at 5:15 AM, often work through my lunch and leave work at 3:00 or later, then have my cell phone ring constantly right up until I went to bed) made the job less than enjoyable. I was the scapegoat for whenever anything went wrong in the yard… it was supposedly *my* responsibility, yet I was not actually given a promotion or pay raise to match the added demands. I think I’m much better off where I am now. Sure, the hours can be a little erratic, but the pay is much better, and being able to do work for the Film Industry is an awesome perk. It really says something when a National TV Show will send out a message that *you* are the one who moves their planes.

Scott White (@NightStormDraco) moves our #ArcticAir planes + posts some excellent pictures like this: pic.twitter.com/hygwl2yZ3w Check them out!

END_OF_DOCUMENT_TOKEN_TO_BE_REPLACED

Is It Bullying Awareness Week Or Not?

We are now day 7 into Bullying Awareness Week – a vision first started 10 years ago by a teacher in Calgary by the name of Bill Belset after a series of terrible school shootings took place (and were later linked to childhood bullying).  Over the last decade, his message of bringing an end to bullying has spanned the entire globe, bringing in support and events all over the World.  1 week dedicated to bringing attention to something horrible… doesn’t sound like much, does it?  And yet while news media all over the planet announce this week as the official Bullying Awareness Week (it even has its own Hashtag, #BAW2011, on Twitter), I have not yet seen a single News outlet in BC announce it, or even mention it.  Are the news stations so oblivious to the fact that bullying takes place in our Province, the same as everywhere else?  Are they blind to the problems that kids face?  or are they just brainwashed into thinking that Occupy Vancouver is a more important issue?  Maybe a bunch of people living in tents at the art gallery, drinking and doing drugs in public while they declare that they no longer recognize the authority of the police and fire department when it suits their purposes (right up until someone overdoses on-site) are more newsworthy than kids killing themselves to escape the torment they are put through at school and in their neighbourhoods.  Oh sure, a bullying victim kills themselves and the news jumps on it for a few days, crying about how if only something could have been done, or if only we knew sooner, or how can bullying be allowed to get to this point. END_OF_DOCUMENT_TOKEN_TO_BE_REPLACED

Something Has Got To Give…

What the Hell is wrong with the World?  When I went to school, “bullies” were a dime a dozen… some kid always wanted to try to look tougher than he actually was, by pushing around the small kid.  Nothing makes you look like more of a man than picking on a defenceless kid who is just trying to go from day to day the best way they know how, huh? END_OF_DOCUMENT_TOKEN_TO_BE_REPLACED 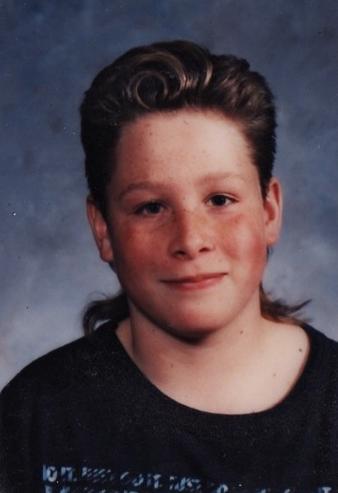 July 31st, 1978… 33 years ago, my best friend entered the World.  It would be another 5 years before I actually met him and got to know him, but what followed was a good solid decade of friendship.  We had done so many things, that I could not possibly begin to recount it all now.  From nanaimo bars and sugar cookies at the bakery next to his parents store (he lived upstairs), to pretending that we were going to turn his Dad’s large cube van into a rocket, to using his Commodore 64 to code a laser so we could shock (he often referred to it as “zap”) his sister Kajsa (yeah, we were a little strange).  There were movies in Victoria, swimming at the Hotel (Marco Polo was a lot easier for us to win when we could team up and both see underwater), apple fights with the teenagers who lived behind his grandparents house, hockey games in the living room, and even a dart game that resulted in me being hit in the head by one.  We both had an obsession with He-Man (it was 1986, leave me alone), music, and computers.  He also had a small crush on my sister at the time, which was cool because he was already like my brother so what could go wrong from that?  Heh… memory flashback.  We (Kjell, myself, my sister Natalie, and her boyfriend at the time) had gone to a movie in Victoria… we were originally going to see King Kong Lives, but because Kjell and I were not yet old enough, we had to go see a different movie instead (Nat and her bf still went to King Kong, I believe).  After the movie, there was a race to the bus stop… if Kjell beat me, Natalie would give him a kiss.  Of course, I let him run ahead, and got to watch him blush as Natalie gave him a kiss on the cheek.  Stupid memory, but it’s the small ones that meant nothing at the time, that mean so much to me now. END_OF_DOCUMENT_TOKEN_TO_BE_REPLACED